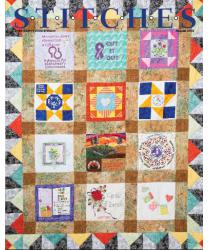 In the latest issues of Stitches, Rothco's John Ottaviano, director of sales and marketing at Rothco shares his thoughts on Rothco’s offerings, the unique markets we serve and the importance of meeting clients’ needs in a timely fashion.

"We have anything and everything military and camoulage including uniforms, tactical gear, footwear, 22 colors of camoulage clothing, headwear, outerwear, clothing for men, women, kids and  infants, survival gear, military fashion and an amazingly successful line of military and fashion bags in both canvas and poly. " Rothco's John Ottaviano, director of sales and marketing at Rothco