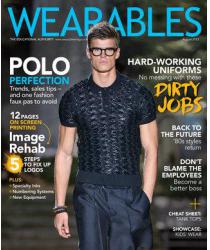 Rothco is excited to announce that we were featured in the August Edition of Wearables Magazine. Wearable’s Magazine features the hottest trends in the wearable’s industry.

In the latest issues of Wearable’s, Rothco's Vintage Paratrooper Shorts were featured in "Looks We Love - Baseball Jacket". The article can be viewed in its entirety through wearable interactive magazine here.